To commemorate the Centenary of the First World War (1914 – 1918), the Tas de Sable Ches Panses Vertes association is organising a project about the concepts of war and peace and the way they are represented through theatre, objects and images. It is a six-year project going from 2013 to 2018. It follows three main objectives: creation, new encounters and research.

Beyond the First World War’s historical fact and its commemoration, the study of these concepts allows us to take a step back and develop a new reflective approach towards our past. Learning how to study an image, detecting its possible role in the manipulation and/or propaganda brings a better understanding of our current world. Notions of peace and conflict lead us to think about our relationship with others. Analysing and questioning them should enhance peaceful coexistence. Linking theses notions excessively to commemorations could cause negative effects. Young generations could lose interest in these matters, which would then become marginal within the society.

Through artistic work, this project aims to discuss prejudices and create new encounters. Therefore two main pitfalls should be avoided: prejudices, resulting from ignorance and fear, and the austere aspect of the commemorations that can sometimes lead to a misunderstanding of its contents. Artistic work will embrace other cultures by its cooperative and collective aspects and will be turned to the future thanks to creations made by the artists and young participants.

The project needs to be conceived on an international scale for the students to be able to share and confront individual understandings as well as national interpretations. 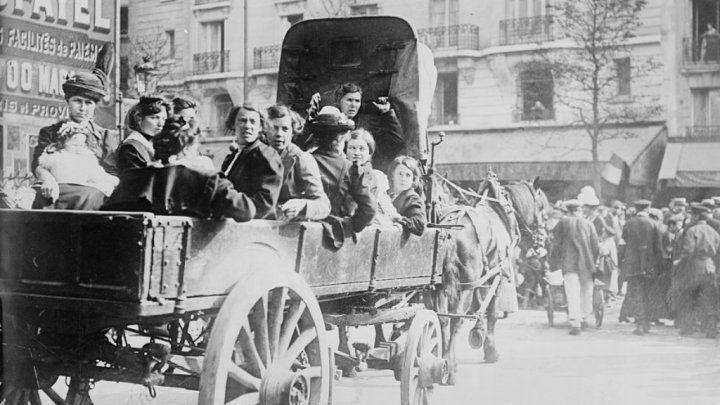 Past: Exile and First World War

Conflicts lead to massive displacements of populations. The situation during the First World War has been symptomatic.

During the First World War, when national borders were not effective anymore and the battle front was setting up, more than 12 million Europeans had to flee the war and became refugees.

Those who fled conflict zones, those who were evacuated by military authorities, the prisoners, and those were repatriated to France’s non-occupied zone have in common a forced departure and long-term exile.

A look at the past would also lead us to do research on the involvement of the Indigenous and foreign fighters that came from all over the World to join the war.

Furthermore the notions of borders, refugees, uprooting and acculturation could also be questioned.

When France went to war, the French colonial troops were composed of Zouaves, African hunters, Spahis, Senegalese infantrymen, Algerians, Moroccans and Tunisians. Beside the 8 million conscripted people from France, 175,000 Algerians, 40,000 Moroccans, 80,000 Tunisians and 180,000 Africans fought during the conflict, mostly in Europe, on the French front or in the Balkan states. The massive displacement of these men in Europe evoked anxiety, interest and curiosity within the mainland population.

Between 1914 and 1918, men from the entire British Empire converge upon France and Belgium to join the conflict.

The scope of the First World War drove the Allies to continually seek more men to join the war effort. About 140,000 Chinese were recruited in 1916 from their country, and crossed the Globe to come and work in Belgium and France.

Questions related to these new forms of migration would be analysed in order to develop critical minds among the Youth regarding the News and the profusion of images in our societies (ex: what are the human, material and psychological consequences of a migration?). These studies would allow greater knowledge of the current local and global context and a better understanding of the issues encountered by these populations facing exile.

Future: what would the world be like in 100 years?

This third utopian approach, based on the research previously made by the students about past and present migrations, would give them an opportunity to imagine what it will mean to live in exile in 100 years. How will the migratory dynamics evolve as well as the notions of border, stranger and exile?

Nouvelles rencontres internationales // The organization of a new International Meeting

Organizing an international meeting gathering youths from different geographical and cultural backgrounds is a key point of the project Objects: Wars and Peace. The first experiment that took place in May 2015 confirmed the great interest in setting these kind of international encounters. Great interactions have been possible for both Indian and French participants.

In order to plan a similar event gathering more participants from more countries, Le Tas de Sable – Ches Panses Vertes plans to send the information to schools and cultural organizations from thirteen different countries for them to join the project. We are planning to contact organizations in South Africa, Great Britain, Australia, Belgium, Canada, France, India, Lebanon, South Korea, Argentina, Brazil, Palestine and Lithuania. This list is not limited and any other suggestion would be welcome.

Each organization will then be invited to come to Picardie in order to present the works made during the workshops. This will also be the time for students to create new interactions with participants from other countries. 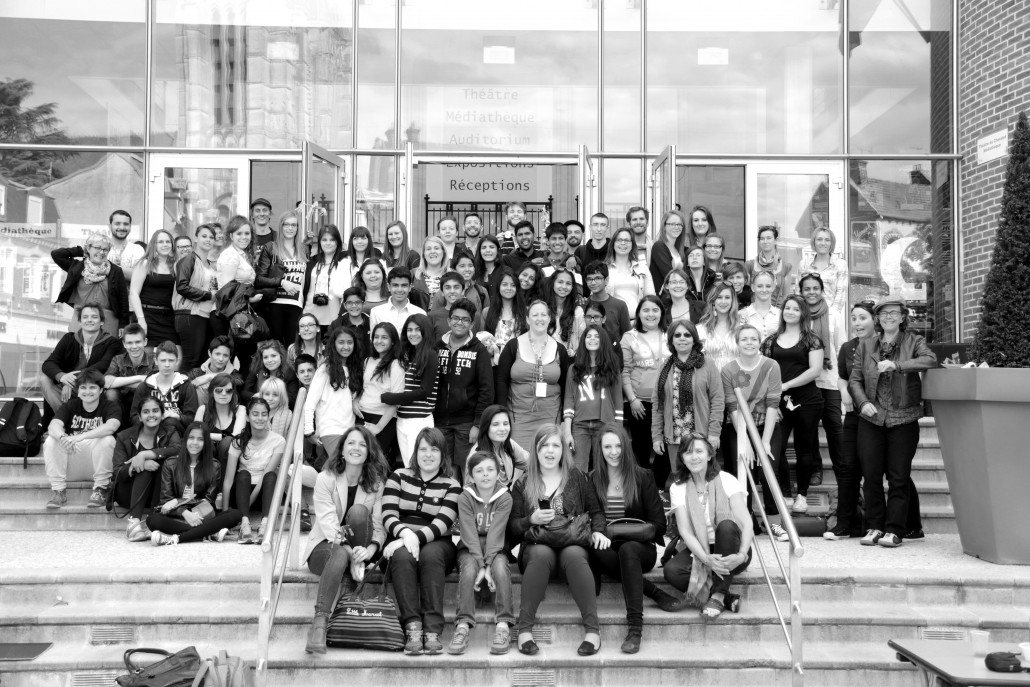 Each organization that will be part of the project will have to afford all the costs related to the workshops with the students (professional puppeteers’ fees, renting of possible equipment, etc.)

Each organization will also have to finance students, teachers and puppeteers’ transportation to France on the occasion of the International Meeting that should take place in May 2018.

Le Tas de Sable – Ches Panses Vertes will coordinate the organization of this International Meeting in Picardie.
We will try to facilitate the stay of our international guests as much as we can. In May 2015 we managed to ensure accommodation for all the participants thanks to the involvement of French host families.